The elusiveness of hometown honours

The engineer Giuseppe Murnigotti was born in Martinengo (a town some 20 kilometres from Bergamo) . In Milan, where he founded the order of engineers, he is best known for creating and designing Parco Sempione, while in Germany he is admired for having patented a design for a motorcycle some years before Daimler. The French and the British meanwhile recognize the decisive contribution he made to the Suez Canal, a project that revolutionized trading with the East.
In 1891, with a debate underway in Bergamo regarding the future of the Fiera (the local council wanted to build schools, while the Banca Popolare had its sights set on a new HQ), Murnigotti submitted a proposal entitled ‘Transformation of the Fiera buildings and adjacent structures. It contained a key intuition that would represent the basis of all subsequent competitions and designs for the site: A framing of the panorama can be achieved by creating a small piazza at the beginning of Via Vittorio Emanuele and placing classical style buildings with a low elevation at the far end, so as to avoid obscuring the wonderful views to be had of the Upper City when entering from Porta Nuova. Murnigotti’s intuition was ahead of its time: 15 years later, the very same strategy would be reproposed by Marcello Piacentini, whose project even echoed the words of his predecessor. This notwithstanding, hometown honours proved proverbially elusive and today the building standing in the heart of Bergamo is known as the Centro Piacentiniano. 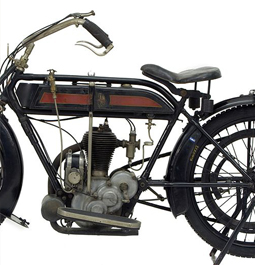 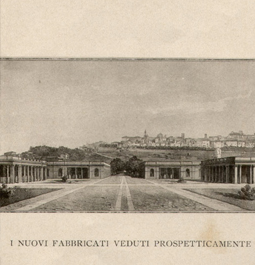